Home / Exchanges / What is a Sell Wall in Crypto? – Complete Explanation

What is a Sell Wall in Crypto? – Complete Explanation

Anyone who is interested in crypto trading needs to learn the basic techniques that big players use in order to predict the best time to make trades. Here, we introduce the concept of the “sell wall”, and give you a complete explanation.

What is Sell Wall in Trading?

Sell walls are essentially created by large blocks of sell orders at a specific price. The wall is created to prevent sell orders from executing at a higher price than the price set for the ‘wall’ and causes downward price pressure on a given cryptocurrency.

The concept of a buy wall or a sell wall is dependent upon the way that many cryptocurrency transactions are facilitated. In many cases, transactions are made via an order book, whereby a buyer indicates a particular price at which he or she would like to buy a given number of units of the currency. This can be done as-is, which is to say at the price that the currency trades at for the time the transaction is initiated. On the other hand, it can be stipulated for a future time: for example, if a currency trades at $10 and I want to buy 10 units for $9, I may be able to place an order that will be activated once the price reaches $9 and I can be matched with a willing seller.

Buy and sell walls are not isolated to a single trader. When a large buy or sell order appears, it is more likely that other investors will place their orders for the same price point. Because exchanges usually don’t create buy and sell walls on their own, meaning that price manipulation usually comes from investors themselves.

What is an order book?

How to Read Sell Walls?

Whales (big players) effectively control the prices of crypto-currency when they’re able to do that. They don’t benefit when they let any currencies break above a particular level until they’re profiting. This could be for a number of reasons such as:

The entire process is done in 6 steps: 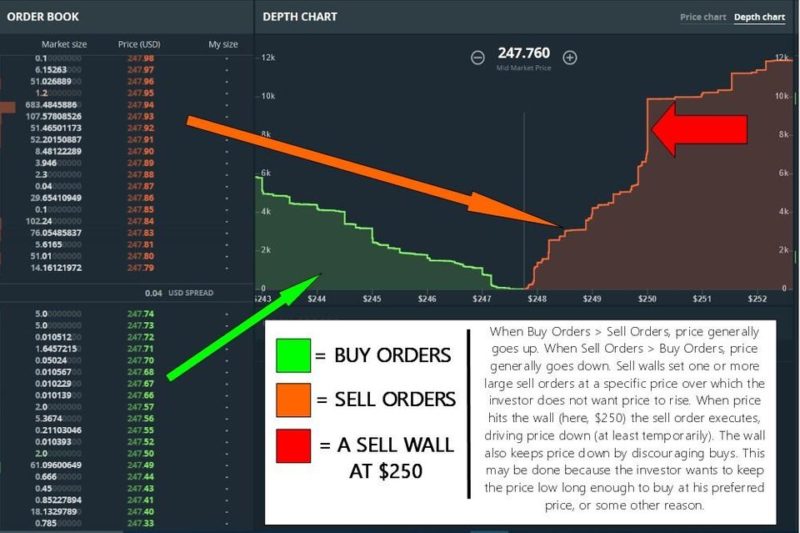 What also happens next is the key: nobody else can sell above that sell wall price until it’s gone. The result? People need to sell lower than the sell wall in order to liquefy their stock. This drives the price downwards.

The wealthy group of friends (whales) can now safely get to their 1m X crypto mark without raising the price exponentially! When they decide to get rid of their sell walls the price moves up accordingly!

Some of these walls are legitimate, and it just means that a lot of people or one person with a lot of money believes that at that particular price it is the right decision to purchase, but sometimes these walls are attempts at price manipulation.

In many cases, a sell wall is a fake oppression tool that’s used to keep prices far below the max. threshold. This allows whales to purchase tons of cheap coins.

These walls might seem quite solid and unwavering, even confronting at times. But if you see a buy/sell wall make sure you keep an eye on it as they can be canceled and reset within seconds.

For fake buy walls, whales place large orders that clone the high positive value of the currency. If a huge wall appears, the price goes up. The walls give newbies a sense of confidence which in turn make them set their buy order at the top of the wall and make them believe that the present value is the new floor (resistance). Once everything has been set, the whale will then do a 360° turn and suddenly sell his assets. The traders that bought above the whale’s position can get burned and lose their investments. The same goes for fake sell walls, just the opposite.

There are a number of ways to guess what the motive of the sell wall is. The best clue is how long the sell wall has been around. If it has been in position for over a week, you can safely say that it’s real and the seller wants to get filled on their position. Sometimes they will pull the offer once a certain amount of it has been filled by buyers, and then place it slightly higher up. Again, this shows the whale is trying to control the price rise, smoothing it out and making it an even and stable increase while simultaneously selling some of his coins.

Usually, if you see a sell wall appear and especially if it moves actively, you could be dealing with a ‘flipper’. If this is the case, it’s more likely the seller is trying to actively manipulate the price to encourage people to either buy or sell the coin. Usually, when this happens you’ll see massive bids and offers in the order book. The whale will be acting like a bully, pushing the price up or down as he pleases. Again, the risk he runs is having his bluff called, whereby another rich whale will clear his entire order.

The buy/sell walls translate the buy and sell into a graph. Essentially, if the volume of buy far exceeds the volume of sell, a wall will form and vice versa.

The higher the buy wall, the better. Why? Because the high buy volume translates to high demand. And if there is high demand, there will also an increase in price. Sell walls are just the opposite of buy walls. 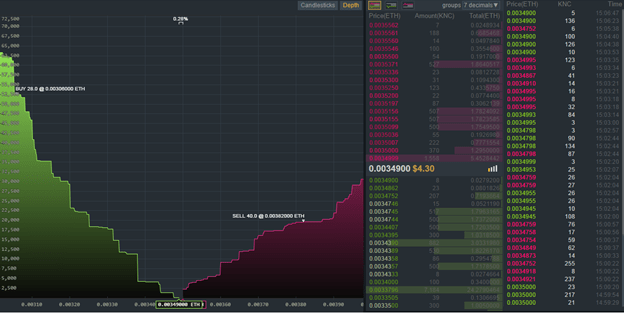 Someone who holds a large percentage of the market share of a coin is called a whale — they are the big fish in the sea that causes a splash. So when a whale has enough funds to put a large buy order in they can single-handedly create a buy wall. They would do this to try and manipulate the market, creating fake hype (as they never mean to buy this many coins at this high price). But they might already own some coins they purchased at a lower price earlier. So by putting this ‘fake’ buy order in they hope to drive the price up, then allowing them to sell their currently owned coins for a nice profit. This large dump of coins will then make the market realize the fake hype and bring the price crashing back down. This allows the whale to purchase more coins with the profits they have just made. Sometimes things don’t always go as planned. If the buy wall doesn’t manipulate the price to go higher, then the whale will cancel the massive order if the price gets too low where their order might start to get filled. This can have the opposite effect which could cause the price to drop as people believe this massive order has been filled and everyone wants to sell before the price drops further. This could even have been the whale’s plan all along in order to buy some cheap coins.

You can use the order books as guides to see where the demand is for certain markets. It is always better to check if the present value being projected by the walls are true and not just some artificial wall. 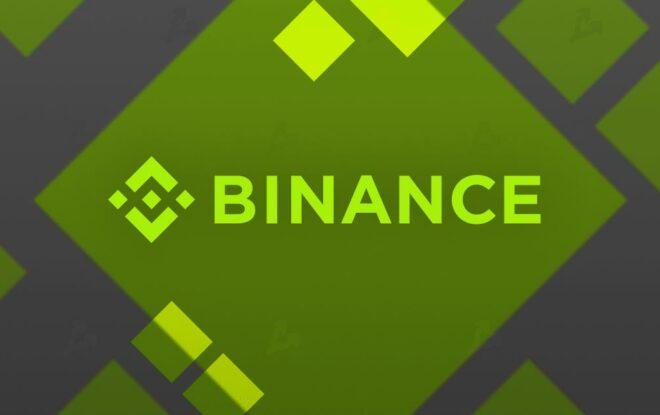 Is Binance Safe (to Store Coins)? 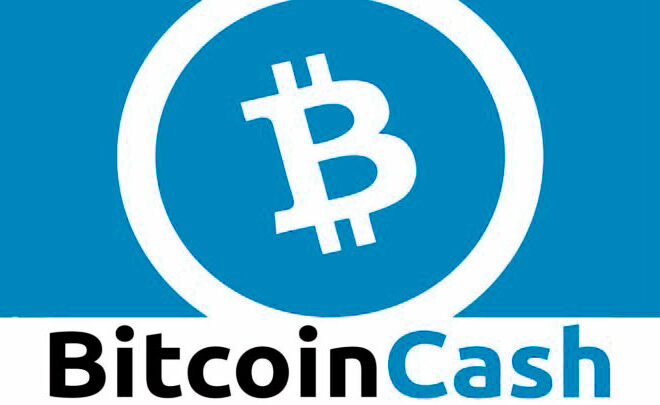