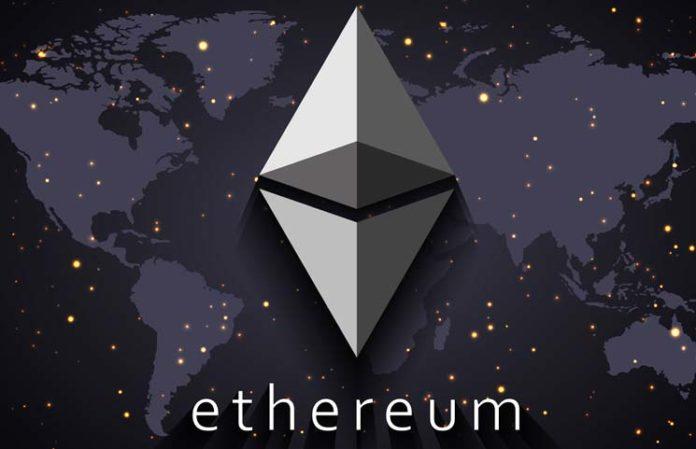 What is a cryptocurrency use case? A use case is a justification for the existence of a cryptocurrency. Here, we are interested in what is being done with Ethereum? Ethereum is the second generation of the blockchain, and it has advanced scripting abilities, called smart contracts. And this is why many use cases are possible in today’s world. Here we give you our top 10 Ethereum use cases.

What is Ethereum Used for?

It runs on blockchain technology, a kind of distributed ledger technology that is upheld by a network of thousands of different computers, called “nodes.”  In exchange for performing the duties that secure the network and verify the transactions that take place on it, the nodes receive rewards in the form of ETH tokens.

ETH was the first cryptocurrency that was built to function primarily as a settlement layer.  This means that it was designed as a platform for other things to be developed on.

Ethereum platform is the Mother of Dapps that enables developers to form smart contacts using the Turing-complete Ethereum Virtual Machine (EVM). With these tools available, developers made Dapps that have real-life use cases, ranging from asset management to resource planning.

One aspect of Ethereum suitability as a settlement layer is its capability for creating and executing smart contracts. They take the “middle man” out of a variety of legal and financial services.

Anyone who knows the Solidity programming language can build decentralized apps on the Ethereum blockchain. You don’t even need any programming knowledge to get started: you can find plenty of tutorials online that will walk you through the entire process.

Why are smart contracts secure?

They are so secure because they exist on the Ethereum blockchain, which is a public ledger that is virtually impossible to tamper with.  Additionally, for any of the conditions listed on a smart contract to change, all parties in the contract must agree to the changes.

Best Use Cases of Ethereum

Ethereum smart contracts have found many smart use cases in the financial and banking industry.

Apps like Branche and ICONOMI are being developed almost daily to provide users with easy access to a variety of financial services hosted on Ethereum blockchain.  The beauty of the blockchain is that all of the transactions that happen on it, happen with complete transparency; it’s impossible to fake a those transactions. 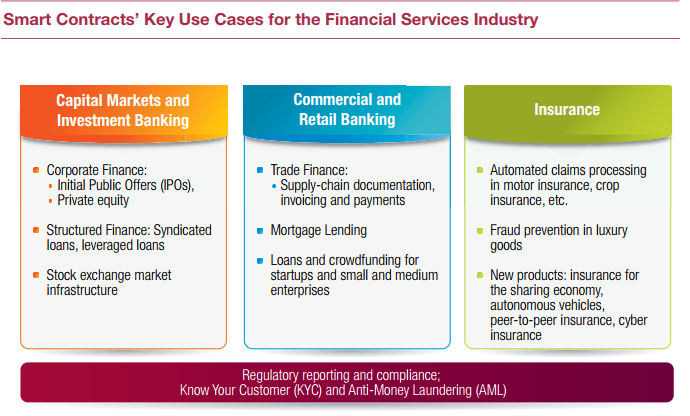 Smart contracts also allow individuals to take control of their own identity. Within these “Identity contracts”, users can store key information about themselves such as: Medical records, employment history and financial information. Users can then choose to reveal parts of this information to relevant parties at any given time.

Prediction markets are market places where users can trade on the outcome of an event. Such events can range from the winner of a football match, to the winner of the next presidential election. These markets have very clear ways in which smart contracts could be implemented in order to make processes more trustless.

There a few platforms developed on the Ethereum blockchain to implement the use case of prediction markets, such as Gnosis and Augur.

In such scenarios, the participants will be provided with incentives when making predictions. When some of them predict accurately, they’ll be further rewarded using trustless smart contracts deployed on blockchain technology.

Existing crowdfunding platforms like IndieGoGo and Kickstarter charge as much as 5% of the total money raised for those using their services.  A smart contract for crowdfunding can be created on the Ethereum blockchain without any fees.

You set up a goal and a deadline for reaching it. If you miss your goal, the donations are returned, therefore reducing the risk for donors. Since the code is open and auditable, there is no need for a centralized, trusted platform and, therefore, the only fees everyone will pay are just the gas fees.

Not long ago, Vitalik Buterin, the founder of Ethereum, presented a DAICO model. It’s a hybrid model of a DAO and ICO.

In a DAICO, the development team that’s planning to launch an ICO campaign executes a DAICO smart contract on the Ethereum blockchain, along with a DAICO variable known as “tap.” Although it’s quite different when compared to the old ICO model, it also commences in the “contribution mode” just like the old ICO contracts and enables investors to contribute according to the rules of the ICO.

However, the variable in the DAICO contract, the tap, determines how much a developer can withdraw from the contract per second. The tap limit gets monitored and governed by the DAICO contributors. It, eventually, allows contributors to keep a check on the developers as they aren’t allowed to withdraw the whole contributed sum at once. 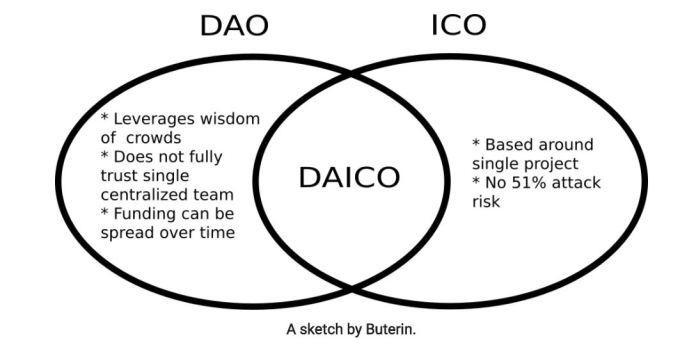 Smart contracts can be used in places where you have escrow services and middlemen. Because, now, it’s possible to replace them with smart contracts.

However, the smart contracts, in this scenario, need to be extremely agile and proficient. They need to be thoroughly equipped to handle all scenarios and conditions. Indeed, it should be well tested.

Another example, you could develop a smart contract-based job portal, like Upwork, where smart contracts will act like the escrow rather than a centralized platform that asks for commissions on each successful work done through them.

The IoT might become a multi-trillion dollar market. Through the use of a device called the Ethereum Computer, any asset (bike, apartment, car, etc.) can be digitally locked or unlocked and turned into income by renting it out. Just as Ethereum crowdfunding does away with the Kickstarter fee, Slock.it potentially does away with the Airbnb fee.

Imagine playing online poker without the website employees cheating, or playing the lottery without the lotto fees going to private gambling conglomerates. Ethereum will be a gamblers paradise with no cheating and no fees.

Ethereum gambling is a rapidly growing industry thanks to the growing popularity of the Ethereum blockchain. These smart contracts are showing signs of disrupting the online gaming market as they remove the need for trust between the player and the casino. 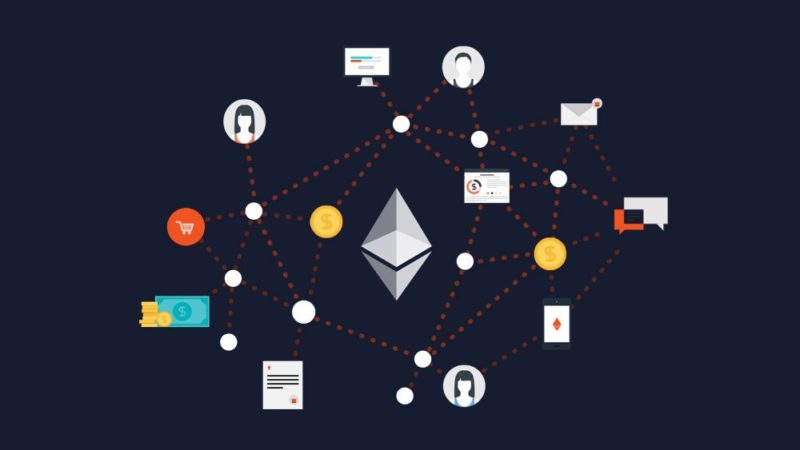 Currently, web hosting is the business of private servers.  A website’s owners must pay fees to the server’s owner, and if the server is somehow compromised, the site suffers.  Using Ethereum, web hosting could become a decentralized, network-based business.  In other words, a website would be hosted by the entire Ethereum network, making it virtually impossible to take down or tamper with.

Blockchain technology can effectively remove notaries from the picture. It will be a challenge to figure out how the system will work, but Blockchain Technology has the power to totally eliminate 3rd parties like notaries.

Smart contracts have proven to be an incredibly key development within the cryptocurrency space. They have allowed for the elimination of middlemen, given back users control over their information, as well as redefined what is possible with blockchain-based technologies. It is likely that as the number of smart contract technologies continue to increase, so too will their number of use cases.