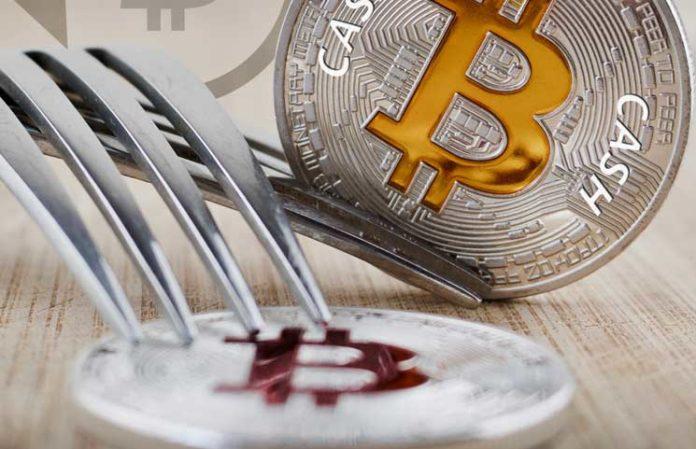 In July 2017 there was a split in the Bitcoin community that turned into a split of the blockchain. As a result, Bitcoin Cash (BCH) was born on August 1, 2017. A new hard fork that was scheduled for November 2018 threw another splash of fuel into the bonfire of the ideological debate. It resulted in the creation of Bitcoin Cash SV (BSV). Let’s take a look at the BCH fork and the resulting BSV.

The split originated from what was described as a “civil war” in two competing bitcoin cash camps. The first camp, led by entrepreneur Roger Ver and Jihan Wu of Bitmain, promoted the software entitled Bitcoin ABC (short for Adjustable Blocksize Cap) which would maintain the block size at 32MB. The second camp led by Craig Steven Wright and billionaire Calvin Ayre put forth a competing software version Bitcoin SV, short for “Bitcoin Satoshi’s Vision,” that would increase the blocksize to 128MB.

BSV was created on August 16 by the Blockchain development firm belonging to Craig Wright, who has previously declared himself Satoshi Nakamoto. The faction actively promotes the idea of radical changing the current Bitcoin Cash structure.

Bitcoin Cash started as a response to bitcoin’s perceived inability to scale, a criticism based on the high transaction fees and slow confirmation times that make it (currently) unsuitable for low value day-to-day transactions. To be useful as “cash,” Bitcoin Cash had to allow for a high volume of transactions, which it did by increasing the 1MB block size of the original bitcoin network to 8MB.

Current BCH split is designed to entirely overwrite the network scripts of Bitcoin ABC and increase the block size of Bitcoin Cash from 32MB to a maximum of 128MB, all of which are expected to increase network capacity and scale.

November 23, billionaire entrepreneur and BCH SV supporter, Calvin Ayre, declared that the coin “no longer want[s] the name Bitcoin Cash [BCH]” in an article published on his own crypto media outlet CoinGeek. The statement clarified that Bitcoin Cash SV will continue to exist independently from Bitcoin Cash (BCH), and that the coin is in fact the “original” Bitcoin (BTC).

During the first days after the chain split, Bitcoin Cash – which represented the Bitcoin ABC proposal – was the leader in the market. However, when virtual currencies plummeted even further a few days ago, Bitcoin SV surpassed Bitcoin Cash in the market. Now, BCH recovered its position having bigger market capitalization compared to Bitcoin SV.

It seems that the price increase of Bitcoin Cash is related to the fact that the U.S.-regulated cryptocurrency exchange of the Winklevoss Twins, Gemini, decided to add support for the new cryptocurrency – Bitcoin Cash. The information was released a few days ago by Gemini:

The trading pairs that Gemini is going to list are BCH/USD, BCH/BTC, BCH/ETH, LTC/BCH and ZEC/BCH. They informed that the company will only be supporting the Bitcoin ABC network rather than Bitcoin SV. In the future, the company says that they continue to evaluate Bitcoin SV as a possible new virtual currency to add to the platform, but this is something that may or may not happen.

Reflecting its mission to fulfil the vision of Bitcoin, the project name represents the “Satoshi Vision”.   Created at the request of leading BSV mining enterprise CoinGeek and other miners, Bitcoin SV is intended to provide a clear choice for miners and allow businesses to build applications and websites on it reliably.