Home / Other / Is Bitcoin a Fiat Currency? Why? or Why Not?

Is Bitcoin a Fiat Currency? Why? or Why Not? 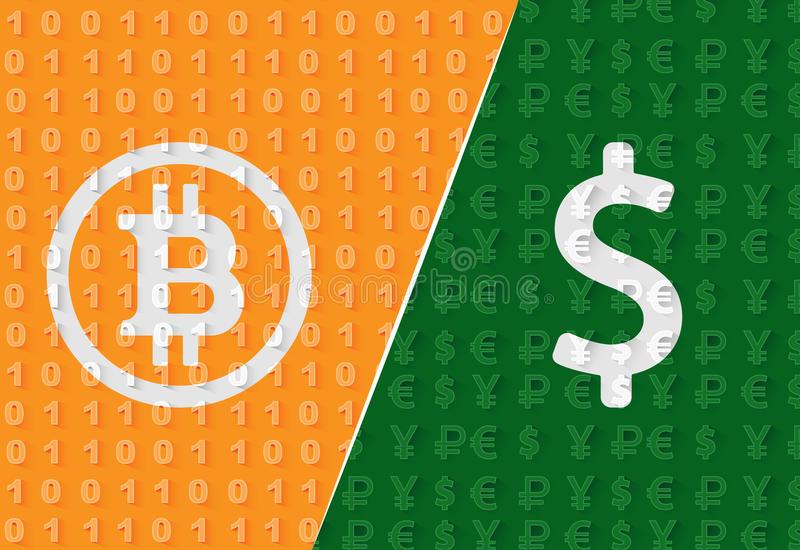 Is Bitcoin a Fiat Currency? Fiat currency is money that is printed/issued by a government, and has declared it to be legal tender. Cryptocurrency, on the other hand, is not legal tender, and is not printed/issued by any government. Let’s find out if there are any differences between these two types of currencies. And, we’ll also discover whether or not BTC is fiat money.

What is Fiat Money?

What is fiat currency? It is money that a government has declared to be legal tender in that country, but it is not backed by a physical commodity. The value of fiat is derived from the relationship between supply and demand rather than the value of the material from which the money is made.

Paper money or coins of little or no intrinsic value in themselves and not convertible into gold or silver, but made legal tender by fiat (order) of the government. All national currencies in circulation, issued and managed by their respective central banks, are fiat currencies. Fiat money only has value because the government maintains that value, or because two parties agree on said value.

Fiat has been defined variously as:

Fiat currencies gained prominence in the 20th century when governments and central banks sought to alleviate their economies from the natural booms and busts of the business cycle. Because fiat money is not a scarce or fixed resource like gold, central banks have much greater control over its supply, which gives them the power to manage economic variables such as credit supply, liquidity, interest rates and money velocity. For instance, the U.S. Federal Reserve has the dual mandate to keep unemployment and inflation low.

The Difference Between Fiat Currency and Cryptocurrency

Before the 1970’s, cash was a dominant form of money, but this is something that is increasingly becoming not the case as the decades go on. Today most of us tend to prefer electronic transactions, particularly influenced by the development of online shopping and the influence that all things digital are running our lives day by day. At this present moment, more and more of us are progressing towards becoming a cashless society- which is precisely where Bitcoin comes into play. BTC is a cryptocurrency that was introduced in 2009 and is becoming an increasingly popular form of currency when it comes to online transactions.

Fiat is “legal tender” backed by a “central government.” It can take the form of physical dollars or it can be represented electronically, such as with bank credit. The government controls the supply and you can use fiat to pay your taxes.

Cryptocurrency is not backed by a central government or bank as it is decentralized and global. Its form is more like bank credit sans the bank. An algorithm controls the supply and you can’t pay your taxes with it (but you have to pay taxes on it!).

While Bitcoin was introduced in 2009, it did not take long for several others to join the cryptocurrency trend. From Litecoin and Ripple to Dogecoin, there are now numerous ways in which people can introduce cryptocurrency into their online spending. Fiat money, on the other hand, has far deeper roots, with the Great British Pound dating back to as early as 775 AD and is believed to be the world’s oldest currency still in use!

Perhaps the most significant differences between fiat and cryptocurrencies are that they operate in different ways, and transactions take place in contrasting ways. With Bitcoin, the transfer of money occurs quickly and entirely without the need of a third party. With an online fiat money exchange, a sum of e-money is translated into an equal amount of e-value through the use of a mobile wallet. While both fiat and cryptocurrencies allow you to purchase things that you want and need, they go about this process in different ways. Depending on the type of purchase you want to make, you will find that one form of currency is better than the other – although this may not be true in years to come.

Is Cryptocurrency a Currency?

A cryptocurrency is a digital or virtual assets designed to work as a medium of exchange. It uses cryptography to secure and verify transactions as well as to control the creation of new units of a particular cryptocurrency.

One of the most important problems that any payment network has to solve is double-spending. It is a fraudulent technique of spending the same amount twice. The traditional solution was a trusted third party – a central server – that kept records of balances and transactions. However, this method has always relied on an authority to be in control of your funds and keep all of your personal details on hand.

In a decentralized network like Bitcoin, every single participant needs to do this job. This is done via the Blockchain – a public ledger of all transaction that ever happened within the network, available to everyone. Therefore, everyone in the network can see every account’s balance.

Every transaction is a file that consists of the sender’s and recipient’s public keys (wallet addresses) and the amount of coins transferred. The transaction also needs to be signed off by the sender with their private key. All of this is just basic cryptography. Eventually, the transaction is broadcast to the network, but it needs to be confirmed first.

Within a cryptocurrency network, only miners can confirm transactions by solving a cryptographic puzzle. They take transactions, mark them as legitimate and spread them across the network. Afterward, every node of the network adds it to its database. Once the transaction is confirmed it becomes unforgeable and irreversible and the miner receives a reward, plus the transaction fees.

Cryptocurrencies got their name because the consensus-keeping process is ensured with strong cryptography. This, along with the aforementioned factors, make third parties and blind trusts redundant.

There are a lot of merchants – both online and offline – accept Bitcoin as the form of payment. They range from massive online retailers like Overstock and Newegg to small local shops, bars and restaurants. Cryptocurrency can be used to pay for hotels, flights, jewelry, apps, computer parts and even a college degree.

Other digital currencies like Litecoin, Ripple, Ethereum aren’t widely accepted yet. Things are changing for the better though, with Apple having authorized at least 10 different cryptocurrencies as viable forms of payment in their App Store.

If you happen to own a business and you’re looking for potential new customers, accepting cryptocurrencies as a form of payment may be a solution for you. The interest in cryptocurrencies has never been higher and it’s only going to increase. Along with the growing interest, the number of crypto-ATMs located around the world will grow as well.

Bitcoin and other digital currencies are outlawed only in Bangladesh, Bolivia, Ecuador, Kyrgyzstan and Vietnam. While China and Russia are on the verge of banning them as well.

Is Bitcoin a Fiat Currency?

As stated earlier, a fiat currency is a money that is not backed by gold or any other hard asset. Its value is declared by fiat alone – the issuing government simply decrees that the currency has worth. You can’t trade a Bitcoin for an ounce of gold at a fixed price. Cryptocurrency isn’t issued by any government and there’s a fixed ceiling on how many can exist.

Bitcoin shares some characteristics of a fiat and some of gold. In recent years the gold-like qualities have been dominant. People use cryptocurrency to get their money out of fiat currencies they’re losing faith in.

There is no fiat money, because Bitcoin is a cryptocurrency rather than a fiat. Bitcoin is not controlled by a national government or law in the traditional sense. The supply of BTC is governed by the network of operators (miners) who agree to use the same algorithm.

BTC has a limited supply, and there are strong incentives to compete for Bitcoin mining rewards, as those rewards will diminish over time, and difficulties will increase as more miners enter the network. This system can both promote BTC value and accelerate its decline.

Bitcoin serves as a digital gold standard in the whole cryptocurrency-industry, it is used as a global means of payment and is the de-facto currency of cyber-crime like darknet markets or ransomware.