Home / Altcoins / IOTA vs Ethereum: What are the Differences? Do Both Fullfill a Need?

IOTA vs Ethereum: What are the Differences? Do Both Fullfill a Need? 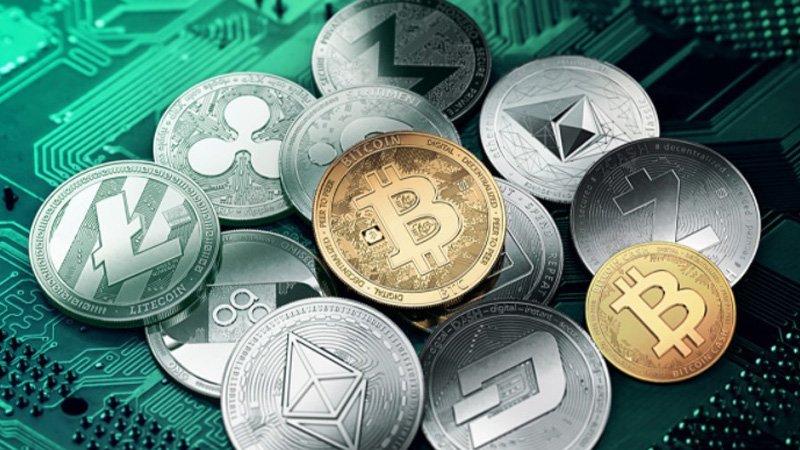 Ethereum and IOTA are among the world’s top cryptocurrencies by market capitalization. While the two platforms are quite different from each other in design and purpose, they are equally interesting in their visions and future plans. Ethereum is a blockchain-based platform for decentralized applications with the Distributed Ledger Technology, ICO tokens, and Smart Contracts.


IOTA uses a completely different technology, called the Tangle. Let’s take a closer look at these two cryptocurrencies, to discover if they are really different, or just alternatives to one other. The IOTA vs Ethereum battle begins here! Read on.

Ethereum vs IOTA: The technology

Both IOTA and Ethereum are backed by European non-profit foundations: the IOTA Foundation operates out of Germany and the Ethereum Foundation is based in Switzerland. And as we already know, they use different technologies: Blockchain and Tangle.

This relatively new cryptocurrency not only presents a significant change to the status quo, it also allows for the quick development and deployment of new applications. Ethereum essentially enables dozens of new and extremely innovative cryptocurrencies to exist.

Ethereum is an open software platform based on blockchain technology. It is a distributed public blockchain network where miners work to earn Ether, a type of crypto token that fuels the network. Beyond being a tradable cryptocurrency, Ether is also used by application developers to pay for transaction fees and services on the Ethereum network. Ethereum allows developers to create whatever operations they want. This means developers can build thousands of different applications that go way beyond anything we have seen before.

It enables developers to create smart contracts. Smart contracts are scripts that automatically execute tasks when certain conditions are met. For example, a smart contract could technically say, “pay Jane $10 if she submits a 1000-word article on goats by September 15, 2018,” and it would pay Jane once that condition is met. Keep in mind that this is only a very simple example. Many smart contracts are extremely complex and can work wonders. They are executed by the Turing-complete Ethereum Virtual Machine (EVM), run by an international public network of nodes.

The EVM is a core innovation that enables anyone to run any program, regardless of the programming language given enough time and memory. The EVM makes the process of creating blockchain applications much easier and more efficient than ever before. Instead of having to build an entirely new blockchain for each new application, Ethereum enables the development of potentially thousands of different applications all on one platform.

Streamr, an application based on Ethereum, is a platform for IoT systems that use live data streaming instead of storage. Moreover, Streamr proposes to create a marketplace that allows IoT providers to monetize their live data and create a greater incentive for interconnectedness and participation. The system even hosts a development environment designed to facilitate easy creation of IoT applications.

The goal for Ethereum is to use a blockchain to replace internet third parties — those that store data, transfer mortgages and keep track of complex financial instruments. In a nutshell, Ethereum wants to be a ‘World Computer’ that would decentralize the existing client-server model. With Ethereum, servers and clouds would be replaced by thousands of so-called “nodes” run by volunteers from across the globe (thus forming a “world computer”). In theory, it combines the control that people had over their information in the past with easy-to-access information that we’re now used to in the digital age.

IOTA is a revolutionary cryptocurrency and platform, created specifically for the concept of the Internet of Things. It does not resemble any other project or coin, which makes it unique and very promising. IOTA is able to become that transactional fuel that will ensure the implementation of smart enterprises with the participation of machines integrated into one network.

IOTA is different from Ether, because it does not actually use a blockchain. This platform uses a special Tangle log, based on the DAG-directed acyclic graph. With Ethereum, everything is kept on the blocks, where the transaction information is recorded. But there are no blocks in IOTA Tangle.

The tangle, or Directed Acyclic Graph (DAG) chain, is a data structure that foregoes the traditional mining system used by many cryptocurrencies. Instead, each connected device serves as a node and is active in the consensus and validation of transactions. Each node has to, by protocol, validate the two previous transactions on the network before making its own transaction. In this way, the tangle is a real peer-to-peer network where machines transact with each other and reach consensus about who owns what without relying on a centralized authority.

IOTA and the IoT

IOTA’s prospects are measured by the prospects of the sphere that this platform is designed to serve. Initially, the concept of the Internet of Things meant a global network in which physical objects interact with each other through built-in technologies. Right now, there is no fully-fledged network – there are, rather, autonomous pockets. Take for example a smart apartment, where light, electricity and heating are automatically regulated. But after all, apartments can be united in houses, houses in cities, and cities into a whole network.

IOTA is able to tie together virtually all processes in the IoT ecosystem by configuring transaction chains and the ability to conduct micro-transactions in huge quantities. Problems with scalability in Tangle, unlike for blockchain, do not occur. What’s more, the platform is implemented such that the device for interaction with other nodes should not need uninterrupted access to the Internet. For some ‘machines’, it will be enough to connect once a month, or even once a year – it all depends on the functionality. This will save battery power, and/or even electricity.

Differences between ETH and IOTA

One of the biggest points of contention between supporters of blockchain and Tangle is the former capacity for data storage. IoT systems create massive amounts of data to parse and store, and most existing blockchains simply cannot handle the load. Indeed, the technology is meant to offer strong, secure storage for limited amounts of data. While Ethereum undeniably created a platform that changed the world of decentralized and distributed applications, it still faces challenges such as scalability and cost-efficiency.

IOTA or ETH – Which One is Better for Investing?

Which is better: IOTA or ETH? That’s a tough question. Even though Ethereum will define the blockchain space with its EVM, the Tangle is going to have an edge over the EVM in many ways. First of all, unlike Ethereum and other blockchain-based cryptocurrencies that face problems of scalability and huge transaction fees, IOTA’s network is faster; scales better, and allow for free transactions.

Meanwhile, upcoming efforts for Ethereum are directed at improving the current platform, specifically targeting scalability and efficiency. It is trying to make the platform lighter, faster, and more secure. IOTA’s roadmap, on the other hand, focuses on reaching a production-ready state by the end of the year, followed by commencing an international standardization process together with the rest of the industry. IOTA’s journey to establish a standardized ‘Ledger of Things’ has only just begun. 2017 was spent mainly in research and establishing the Foundation. 2018 will focus on developing and implementing the results of 2017’s research.

Ether is the second biggest cryptocurrency based on market capitalization. While IOTA is ranked 10th with a market cap of just above $3.5 billion. As an investment, ETH currently presents a more attractive proposition. However, you should not forget about the MIOTA coin as well.

IOTA, on the other hand, wants to revolutionize the world of the Internet of Things (IoT) by introducing a public distributed ledger to allow for payments and exchange across the global network of internet-connected devices. IOTA’s vision involves creating a semi-automated marketplace for machine to machine transactions, where devices will exchange data packages, energy (or any other resource) and physical objects along the supply chain of the future.

IOTA and Ethereum differ both in purpose and in development status. Despite these differences, Ethereum and IOTA are united by ambitious visions for the future of the Internet.