Mixing service is a service that helps you stay anonymous when using cryptocurrencies. It breaks the connection between your old wallet and a new one. And BitMix is one of those mixing services that keep your crypto safe.


As you may already know, Bitcoin transactions are never truly anonymous.
Bitcoin activities are recorded and are available to the public via the blockchain — a comprehensive database which keeps a record of bitcoin transactions. When you finally use Bitcoin to pay for goods or services, you will, of course, need to provide your name and address to the seller. This means that a third party can trace your transactions and find ID information. To avoid this, a mixing service can provide the ability to exchange your bitcoins for different ones, which then can not be associated with the original owner.

The platform will take your bitcoin, mix it with other deposits, and give you the same amount of bitcoin in return. It’s designed to reduce bitcoin tracking, “clean” your coins, and help ensure anonymity on the transparent bitcoin network. Here is our review of the BitMix.Bix mixing service.

How does it work?

The service already has prepared pre-mixed bitcoins (or other coins) for you. So all you need to do is to fill the form and send the required amount of coins to the provided address. The mixed coins will be then sent back to you automatically.

A bitcoin mixer service like BitMix will take your bitcoin, then give you different bitcoin in return. The platform collects everyone’s bitcoin deposits, mixes them up into one central account, and then returns the bitcoins to users. You get the same amount of bitcoin (minus a fee), but different bitcoin from different parts of the blockchain.

With BitMix, you get a letter of guarantee. That letter of guarantee is proof of BitMix’s obligations. When they give you their bitcoin address, they’ll provide a digitally-signed confirmation that this address has genuinely been generated by the server. That letter is always signed from the BitMix main bitcoin account (that account is publicly available on BitMix.biz).

The platform also uses a special 12 symbol “code” to ensure you get your bitcoin back every time you use the service. You save that code. That code also 100% excludes you from receiving your own coins anytime in the future. 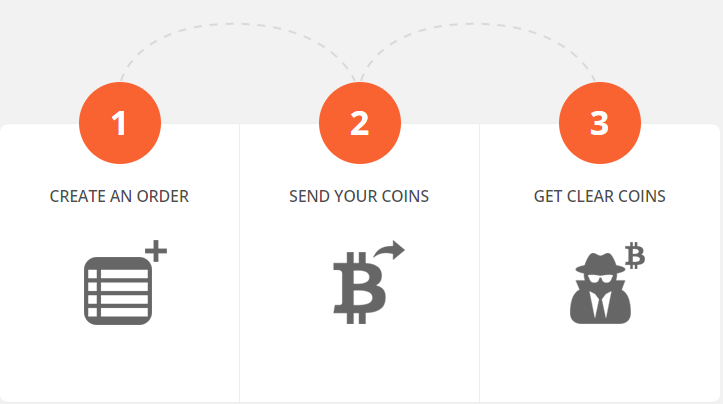 Why do I need a mixing service like BitMix?

That may not seem like a big deal because your wallet is still anonymous. However, here are a bunch of cases when it would be wise to consider BitMix or a similar platform:

After your order is invalid, BitMix will remove any information about your transactions. Absolutely no logs or personality identifying information is kept regarding your use of the Bitmix.Biz service.

Money is instantly transferred to your address after your transaction is confirmed.

BitMix pays users when they refer others to the platform. They’ll pay for every transaction made by an invited user.

The platform charges a mining fee of 0.4 to 4%. You can set the fee manually when you’re mixing your bitcoins. The address fee is 0.0005 BTC per output address to cover any transaction fees charged by miners.

BitMix.Biz’s mixing process takes up to 24 hours, although it’s usually “almost instant” depending on the current service load.

You’re required to mix a minimum of 0.007 BTC and a maximum of 1000 BTC. Transactions outside this range will not be accepted.

There are plenty of bitcoin mixers and tumblers available online today, and BitMix is a legitimate option that you can use in order to protect your cryptocurrency.