Home / Bitcoin / What is a Bitcoin Mixer (or Tumbler) and How Does It Work?

What is a Bitcoin Mixer (or Tumbler) and How Does It Work? 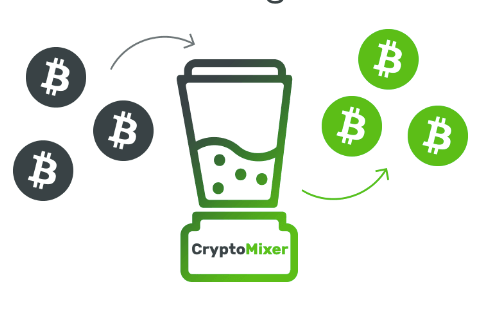 What is a Bitcoin mixer, aka tumbler, scrambler or shuffler? These interchangeable terms refer to services that allow people to hide the source of their coins, whether they send or receive them.


Why this service is necessary if one is using Bitcoins? After all, anonymity is part of what Bitcoin is all about, right? Since the Bitcoin blockchain is always in the public domain and is a public log of all transactions, it is easy to track a person from his/her Bitcoin address and any online identity associated with that person.

Some may argue that only hackers or criminals would need to be anonymous when using Bitcoin, or any other cryptocurrency. But that isn’t necessarily true.
There are many reasons to keep your transactions private, especially when dealing with large amounts. We don’t publicly display our bank records, simply because it’s nobody else’s business. We make this information known selectively, on an individual basis, when necessary. Whatever your motives, privacy is your right. In the case of cryptocurrency, tumblers can be used to maintain anonymity. Keep reading for more useful information.

What is a Bitcoin Tumbler?

Using Bitcoins is an excellent way to stay anonymous while making your purchases, donations, and P2P payments, without losing money through inflated transaction fees. But BTC transactions are never truly anonymous. Bitcoin activities are recorded and available publicly via the blockchain — a comprehensive database which keeps a record of all BTC transactions. And when you finally use BTC to pay for goods and services, you will need to provide your name and address to the seller for delivery purposes. It means that a third party can trace your transactions and find ID information.

That’s where Bitcoin mixing services come to your rescue, they work on a simple mechanism of breaking down your coins into many different parts and mixing those parts with other broken parts from other clients.

Tumblers were used to mix one’s funds with other people’s money, intending to confuse the trail back to the funds’ original source. In traditional financial systems, the equivalent would be moving funds through banks located in countries with strict bank-secrecy laws, such as the Cayman Islands, the Bahamas and Panama.

Properly mixing coins may seem like a daunting task to those who aren’t very familiar with cryptocurrency, but it is actually a simple process that only takes a few minutes for each deposit. In total it should only take about 10-15 minutes, and it is something worth doing if you value your privacy and want to make sure you never lose any coins!

How Does a Bitcoin Mixer Work?

Bitcoin tumbling (mixing) involves the usage of a third party service to break the connection between a wallet address sending coins and the addresses receiving coins. So if a person does not wish the whole world to know from where they got their coins, and/or to which addresses the Bitcoins are sent, then tumbling is the way to go. A provider of Bitcoin tumbling service is referred to as Bitcoin tumbler.

Coin mixing will provide you with a certain amount of privacy, by mixing your coins with other coins previously sent or in their reserve and sending different coins to the address you specify. When looking at the blockchain, one will be able to see you sent your coins to a wallet. And that someone sent coins to the wallet you want them sent, there will be no connection between your wallet address and the one where you want your crypto delivered.

Peer-to-peer tumblers appeared in an attempt to fix the disadvantages of the centralized model of tumbling. These services act as a place of meeting for Bitcoin users, instead of taking coins for mixing. Users arrange mixing by themselves. This model solves the problem of stealing, as there is no middleman. Such protocols as Coin Join, Shared Coin and Coin Swap allow few users to gather in order to form one Bitcoin exchange transaction in several steps. When it is completely formed, the exchange of BTC between the participants begins. Apart from the mixing server, none of the participants can know the connection between the incoming and outgoing addresses of coins. This operation can be carried out several times with different recipients to complicate the transaction analysis.

While newer coin implementations such as Cloakcoin, Dash, PIVX and Zcoin have built-in mixing services as a part of their blockchain network.

Bear in mind that if you send your virtual coins to a mixing service which is unreliable or operated by a scammer, you’ll lose your coins. We encourage you to do your own research to find a trustworthy service.

Is Bitcoin Mixer a must?

There are good reasons for everyone to mix their coins, but for those who use Darknet Markets in particular, it is a necessity. New tools are being built all the time to increase the publicity, as well as private corporations and government agencies, to follow coins through the blockchain and track those who use it.

It may seem like a waste of time now, but in the near future, it may be simple for anyone (including friends, relatives, employers, and law enforcement) to track every BTC transaction you’ve ever made and see exactly where it ended up. Breaking the connection between your addresses and the coins’ destination by mixing them is certainly a precaution that all users should take.

How to use Bitcoin Tumbler?

In this tutorial, you would find the simplest instructions. And even if you are unfamiliar with the process of coin tumbling, you will soon be able to do so effectively.

In order to mix your coins using this method, you will need:

The only weakness remaining is the fact that the mixing company has records of your transactions, and although they all claim to delete them shortly after the transaction is complete, it is possible they could have a trail of where your coins went. You can negate this risk by repeating the process with a second mixing service.

Bitcoin is an amazing cryptocurrency, but it has quite a few flaws people would like to see addressed. One of those flaws is insufficient privacy-centric and anonymity. This is part of the reason why Bitcoin mixing services have become so popular in recent years. And don’t forget to do your research before using coin tumbling services. Always use the ones with the best reviews and the highest levels of trust.