Home / Bitcoin / Where Do Bitcoins Come From – a Brief History

Where Do Bitcoins Come From – a Brief History 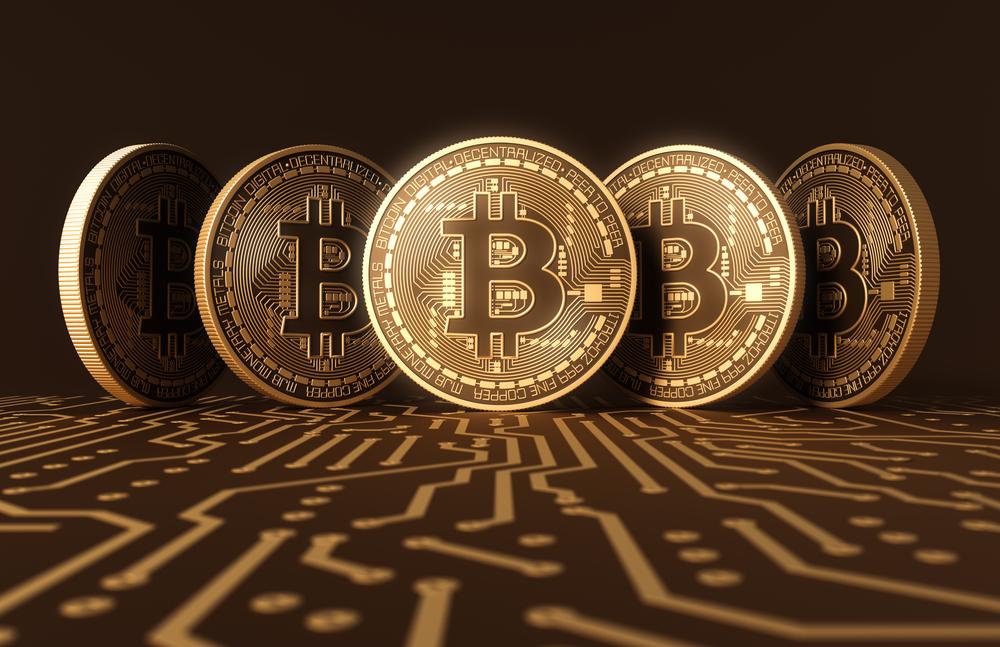 Money, like most human inventions, has evolved over time. From its basic origination as food and/or precious metals, it has progressed to today’s new form that we call “cryptocurrency”. It’s a new form of money that is created and stored digitally.


What makes cryptocurrency special, of course, is that no government owns it, or decides its value – the peer-to-peer community network does. Although it’s often referred to as new, cryptocurrency has existed since 2009 and the technology it is built on has roots going back even further. In fact, if you had invested just $1,000 in Bitcoin the year it was first publicly available, you would now be a multi-millionaire! Where does Bitcoin come from? Let’s find out!

Where do Bitcoins Come From

A single institution, such as a government, does not control the Bitcoin network. Coins are created in a process called mining, where a computer repeatedly works through a series of calculations that are designed to be difficult to solve, but lead to a specific answer. In technical terms, the miners are looking for a number that, when hashed, produces a result with a specific number of consecutive zeros in it.

The miner that finds the right answer to these calculations is given a reward for their hard work: 25 BTC. This process is called solving the block. Once the block has been solved, the process restarts, and the miners start looking for the next solution. This process runs repeatedly, with an average of one block being solved (and thus 25 BTC being created) every 10 minutes or so.

Summing up, cryptocurrency is generated through a complex sequence of mathematical formulas that run on computers; the network shares a public ledger using blockchain technologies that record and validate every transaction processed.

Bitcoins don’t actually exist, but are digital keys that are stored in a digital wallet, which can also manage transactions. The wallet exists either in the cloud or on computers, and can be linked to bank accounts. If using an online wallet, investors should be sure they can trust the provider, because if hackers breach its server’s security measures the BTC could be stolen.

Bitcoin is considered the preeminent cryptocurrency in the world, but there’s still plenty of mystery surrounding its creation. Who “invented” Bitcoin? Was it created by more than one person? And who is Satoshi Nakamoto?

Although Bitcoin was the first established cryptocurrency, there had been previous attempts at creating online currencies with ledgers secured by encryption. Two examples of these were B-Money and Bit Gold, which were formulated but never fully developed.

A paper called Bitcoin – A Peer to Peer Electronic Cash System was posted to a mailing list discussion on cryptography. It was posted by someone calling themself Satoshi Nakamoto, and whose real identity remains a mystery to this day. His accounts are no longer active; the coins in his wallet have never been spent. Satoshi Nakamoto has disappeared from the world, or so it would seem.

Fast Company recently published an article suggesting that Satoshi Nakamoto could be a group of people, including Neal King, Vladimir Oksman, and Charles Bry. But nobody knows for sure.

Among Bitcoin’s earliest enthusiasts was Hal Finney, a console game developer and an early member of the “cypherpunk movement” who discovered Nakamoto’s proposal for Bitcoin through the cryptocurrency mailing list. Of his interactions with Nakamoto, Finney says, “I thought I was dealing with a young man of Japanese ancestry who was very smart and sincere. I’ve had the good fortune to know many brilliant people over the course of my life, so I recognize the signs.”

In 2016, Australian entrepreneur Craig Wright claimed to be the creator of Bitcoin and provided disputed code as proof. Bitcoin developer Gavin Andresen further corroborated Wright’s gesture, saying he was “98 percent certain” that Wright was the pseudonymous Satoshi Nakamoto.

Nick Szabo has been thumbed again and again in the course of determining the identity of Satoshi Nakamoto. He was fundamental to the development of Bitcoin and also created his own cryptocurrency called “bit gold” in the late ’90s. However, Szabo firmly denied these claims.

Nevertheless, the foolproof brilliance of Bitcoin’s code has left many wondering if it isn’t the work of a team of developers. Bitcoin security researcher Dan Kaminsky says that Nakamoto “could be either a team of people or a genius.”

Where do new Bitcoins Come from?

After the Bitcoin software had been made available to the public for the first time, the mining process began. New coins were created and transactions were recorded and verified on the blockchain through mining.

In 2010, a handful of merchants started accepting BTC in lieu of established currencies. One of the first tangible items ever purchased with the cryptocurrency was a pizza. Today, the amount of Bitcoin used to purchase those pizzas is valued at $100 million.

New coins enter the ecosystem using the computer programming Nakamoto wrote when creating the Bitcoin network. The coin runs through an autonomous software program that is ‘mined’ by people seeking BTC in a lottery-based system. This program will only ever produce 21 million coins. Today, a little over 16.7 million exist. Over the course of the next 20 years, a total of 21 million coins will be released.

Where does Bitcoin Value Come From

Where does Bitcoin’s value come from? Well, currency must have value to ensure stability. The most common way for a person to judge a currency’s value is to see how it can be used. Bitcoin is no different, and a lot of vendors and merchants now accept it alongside, or in place of fiat money.

One early adopter of cryptocurrency was the computer retailer Dell. In fact, when Dell started accepting BTC, it became one of the largest companies to do so internationally. While the digital currency may total for just a fraction of the retailer’s total transaction volume, there are other key reasons why the growth of Bitcoin could be a boon for the retailer.

Dell reported making $59 billion during 2015. Traditional transaction fees range from 2 to 3 percent of the purchase price – with BTC, it’s much, much lower, nearly non-existent – saving the retailer a lot of money in the future.

In addition to Dell, many other companies accept BTC, including airBaltic, an airline that offers tickets to 60 destinations in Europe, the Middle East, Russia, and other locations. The company posted their announcement on Twitter after adopting the new practice.

The acceptance of cryptocurrency is a strategic decision on the part of these companies, most of which are reaching out to solidify their position with tech-savvy audiences. There are a lot of benefits to Bitcoin, and a variety of reasons for its use, including:

Bitcoin is a new technology – and new technologies can take decades to reach critical mass. But, much like the Internet, no one wants to miss out on the ‘next big thing’ – and Bitcoin is the biggest thing yet.