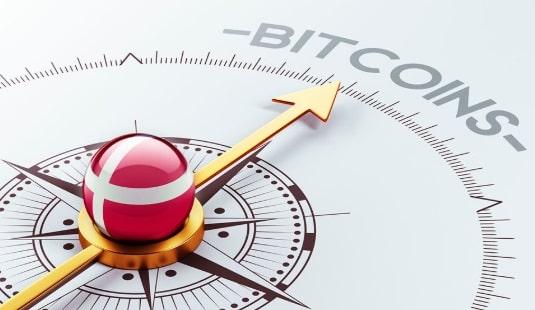 Do you look for a Bitcoin bank in Denmark? Unfortunately, their list is quite short since several banks refused to sell Bitcoin despite the fact that they used to do that earlier.

You will agree that only a small percentage of banks all around the world deal with cryptocurrency and BitCoin, in particular. Denmark is not an exception.

Look: this article will focus on both bitcoin friendly and not friendly banks in Denmark so that customers could know where they can buy and convert cryptocurrency.

Banks that Accept Bitcoin in Denmark 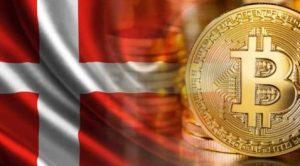 Despite the fact that BitCoin wallets are anonymous, it is possible to learn the number of people owning BitCoin in Denmark looking at their tax reports. In 2018, a Tax Agency of Denmark confirmed that 2,700 people have reported about gains from BitCoin trading. Since this number is official, it is possible to suppose that the number of people holding cryptocurrency in their e-wallets is twice or even thrice bigger. It means that soon some of these people will turn to the Danish banks in search of the institutions accepting crypto. However, not all banks in Denmark are friendly to BitCoin and other cryptocurrencies. In fact, only one bank allows trading cryptocurrency in Denmark.

Founded in 1992 by Kim Fournais and Lars Seier Christensen, this is a Danish investment bank which specializes in online trading and investment. Its headquarters are located in Copenhagen but its clients are residents of 180 countries.

Saxo bank offers its clients to trade BitCoin and Ethereum through exchange traded notes. There is no need to open an exchange account while the use of ETN has a number of benefits including simplicity, security, lower risk, and smaller trades. If you want to buy or trade crypto, it is necessary to register an ordinary account, add funds to it from a credit card or by bank transfer, and access asset classes you are interested in. There are over 35,000 trading instruments offered.

What Banks are Not Friendly to Bitcoin Anymore?

There are situations when a BitCoin-friendly bank stops being so because of some reasons. Since digital currencies are recognized not in all countries and have no legal grounds underneath, many financial institutions face troubles accepting cryptocurrency. As a result, the following banks which once used to offer crypto services to their clients have stopped doing that.

It is the largest commercial bank on the territory of Denmark and one of the largest in Europe. It serves more than 5 million clients and is listed in the global ratings of several companies.

According to the official website of the bank, its approach towards cryptocurrency is negative. It does not recommend customers to invest in tokens because of the insufficient transparency level. All the crypto transactions should comply with current regulation and anti-money laundering procedures. Moreover, it was involved into $235B money-laundering scandal and this amount is bigger than the entire cryptocurrency market cap combined.

Moreover, this bank used to trade cryptocurrency but banned it in March 2018. Earlier, clients of the bank could not only trade BitCoin through this financial institution but also buy financial instruments such as derivatives through cryptocurrencies.

Being the third largest Danish bank, its headquarters are located in Silkeborg. The bank has subsidiaries in Denmark, Germany, and Gibraltar and offers different types of investment but not cryptocurrency. Even the cooperation with another Danish company in launching a new asset exchange was connected only with fiat money.

Norsea Group is the largest financial group in Northern Europe which is represented as Nordea Bank in Denmark too. Its headquarters are located in Helsinki, Finland but it serves customers of several European countries.

The bank used to accept BitCoin but banned this activity in January. The prohibition was connected not only with clients of the bank but also its employees who were not allowed to trade BitCoin because of its unregulated nature. Lack of such regulation may lead to utilizing digital assets to launder money. However, the bank agrees to cooperate with other banks on the establishment of industry standard regulatory framework in regards to cryptocurrencies.

One of the oldest banks in Denmark founded in 1970 is known as Syd Bank. Its headquarters are located in Aabenraa, Denmark and it is one of thriving Danish banks with over 100 branches and 1,500 employees. The bank’s attitude to cryptocurrency is far from being positive and its clients are not allowed to perform different operations with it through the bank.

Alternatives for Buying Bitcoin in Denmark 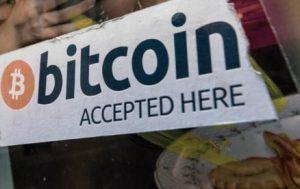 Do you live in Denmark and look for a reliable way to invest in cryptocurrency? Local banks are a great solution but only two of them are Bitcoin-friendly. However, there are other online destinations where Danish population can purchase or trade cryptocurrency.

It is a popular exchange platform which allows buying BitCoin and Ethereum in Denmark.

This is a peer-to-peer exchange platform operating in over 180 countries all over the world. There are different token available and all the limits are set by the people who trade there.

One more trusted exchange platform with over 80 tokens is always open to crypto holders.

Other exchange platforms which offer to trade BitCoin in Denmark are Coinmama, CEX.IO, Terrex, CoinSwitch, Luno, and others.

In addition to popular exchange platforms, it is possible to buy BitCoin through brokerage companies. Ones which operate in Denmark include Uphold, eToro, BC Bitcoin and others.

It can be a challenge for bank clients to buy BitCoin or any other cryptocurrency in the bank since only one of them is still friendly to crypto assets. However, despite the fact that so many Danish banks banned crypto purchase services, there are other alternative ways to obtain BitCoin. They are safe and fast enough since used by many people all over the globe so there is no sense to count only on banks in such an important question.