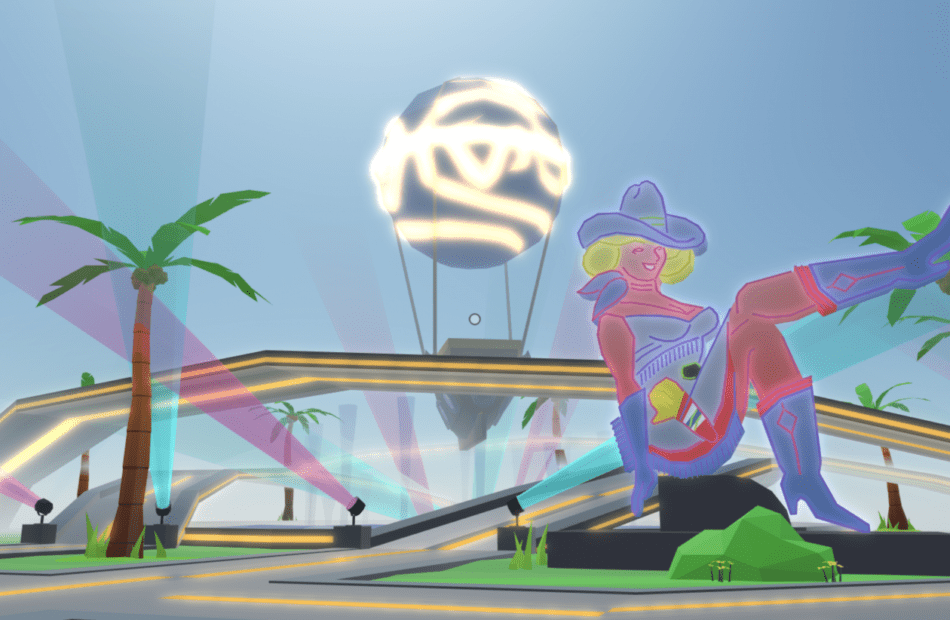 NFTs are the talk of the town in crypto communities at the moment. In a world where people are largely interested in all kinds of collectibles, it was just a matter of time before the great blockchain innovators came up with their own digital schemes.

Now, with physical equity of just about any kind being acquirable virtually, the NFT market has seen massive hikes in traffic, with the market capitalization of NFT was no more than $42 million in 2017. According to projections made toward the end of last year, the current NFT market capitalization is well over $138 million, with more than 140 000 tokens sold to the highest bidder. This is a collection of the best NFT games of the year 2021, enjoy.

What are NFT games? 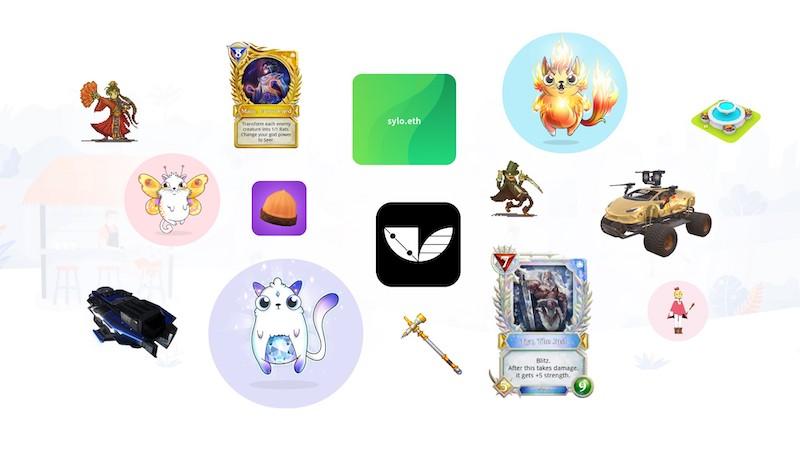 Operating under established networks, these are Blockchain games in which players wager with NFTs and in-game tokens in a bid to earn a profit. Into more specific sidechain tokens, multiple titles have emerged to facilitate this high-level gaming. These are the upcoming Efinity sidechain, the cheap and efficient Matic network, the conducive WAX and Arkane Network, the Atari Network, and the recent Atari Network. These networks make use of their own tokens, applicable for gaming.

Simply put, the much-evolved Blockchain gaming makes use of the Play to Earn ideology, under which active players earn virtual items and crypto-cash that they can then trade in with other players.

Non Fungible Tokens are defined as rare digital materials that represent a variety of items, the likes of artwork, film collectibles, musical memorabilia, and gaming assets, all of which can be actively proven to be authentic and one of a kind. Such items can be of the tangible variety or the intangible variety, and may sometimes even include deeds to small sections of real estate.

These Non Fungible Tokens may be stored and transmitted as tabloids or virtual blueprints. But a large majority of them are in the more familiar form of PNG, JPG, MP4, or GIF format. Some are even stored as PDFs. Basically, any item deemed valuable and one of a kind can be collected and stored as a token, where history has even seen short basketball and NFL clips being collected and monetised.

To ensure that the appropriate credit is given to creators, the tokens can be coded to return value percentages of each sale to the stated owners much later after NFT drops.

Why should you play NFTs?

The tokens are long terms investments, which means they may prove to be even more valuable with time as they appreciate. The value of items is maintained by the reliable blockchain protocol which makes it hard, impossible even, to duplicate or forge valuable collectibles. In today’s world, giant conglomerates and hedge funds have made multi-million dollar investments in crypto, causing a stir in the market and subsequent value spikes. Such was seen when Tesla Motors made a ten-figure purchase of Bitcoin, causing a craze in coin purchases.

All this is beneficial to token owners as they also see an increase in the value of their items. On top of that, NFT games are, overall, fun and exciting experience for those who play. 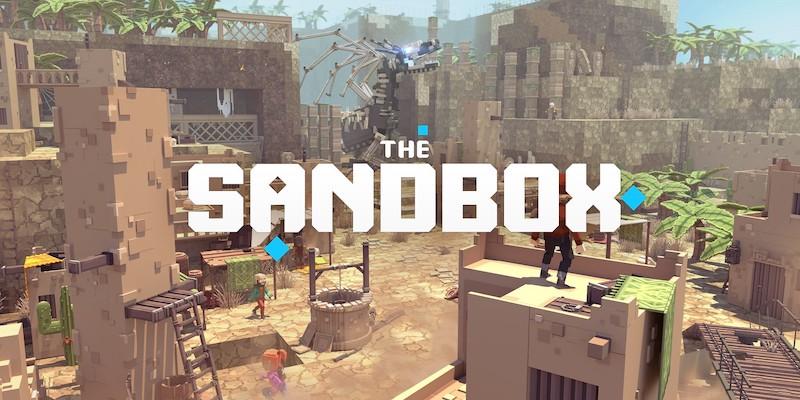 The land plots have to be purchased, else the game is free. The digital world operates on the Ehtereum blockchain. A player creates their own Avatar and molds their experiences, sharing them with other, similarly privileged players. An option is also available to play in single-player mode, where the player gets the entire world to themselves.

Players can also simulate their own virtual assets as ERC-1155 token, where they can sell them to other gamers or use them for themselves. $Sand is the game currency, an Ethereum token that they can use as stake, or to make various purchases.

An open-world Ethereum game with a huge player map. The in-game experience features widespread treachery and dungeons that appear at random. The game is free and features no in-game purchases of any kind. The game allows multiple player activity, and singleplayer, in which the ultimate goal is to accumulate player XP, but battling raging monsters of all kinds.

Within the gameplay, players also pick up virtual assets that they can use in the game to craft other commodities, trade with other players, or use in enchantments. The roadmap contains multiplayer aspects implementation.

The game is categorised in Enjin’s Multi-verse of crossover games. Momentarily playable on PC/Desktop, the game is expected to become available on PlayStation 5 sometime between the middle and the end of the year

This fun animation is derived from Pokémon itself, where players nurture and breed pets, and thereafter fight in PVP mode. The gameplay awards players SLP credits, which they can use in their breeding projects. The game features its own market where breeders collectively sell and trade in Axies. The trading token in this game is the Axie Infinity Shard (AXS). 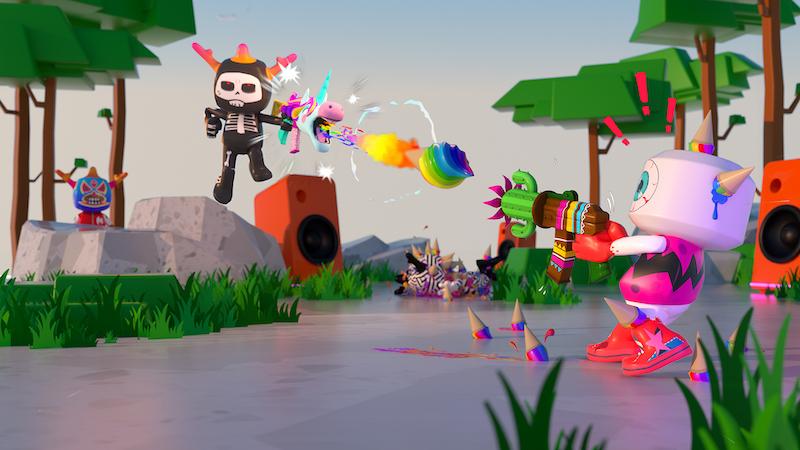 This is a free MMO game where players can compete with other players in multiplayer mode. The game gives each and every the opportunity to craft a map and challenge others in custom games. These games may be of the racing, fighting, or shooting variety. The fun game operates on a custom EOSIO network, using $EOS tokens.

New players are given a free Blanko, and can opt to make additional purchases like accessories and the like. They earn profits by monetizing MOOLA tokens, awarded as they play the game.

This is an Ehtereum game in which players fight in PVP battles and tournaments. Cards are awarded tournaments, and players can use them in the game or trade them in for Ether. The cards are essentially ERC-721 Tokens whose individual value varies with the relative rarity and the quantity available on the market. The cards are nearly always on demand because of the extensive player pool. They are very valuable assets. The famous Championship tournament is a chance for players to win a share of $570 000.

This is an automated card game that runs on a Hive blockchain. The efficient results processing means players can partake in multiple plays within a short time. Each battle is played in a different set of rules and players are matched in terms of their respective skill as measured by the game. Winning allows players to scale the leader boards, receiving numerous rewards in the process.

The game currency is the $DEC and can be traded with ether on exchange platforms.

This game runs on the Bitcoin platform, allowing players to participate in PvP gameplay. Game rewards are given in Satoshi, depending on the relative player skill set. The principle to earning money is quite simple; shoot to gain, lose if hit!

This is an Enjin Multi-verse game, in which players partake in arena fights in order to earn profits. The game uses ERC-1155 tokens, which can be monetised, or used to play some more.

The objective is to earn profits by winning fights, collecting assets, and crafting commodities. 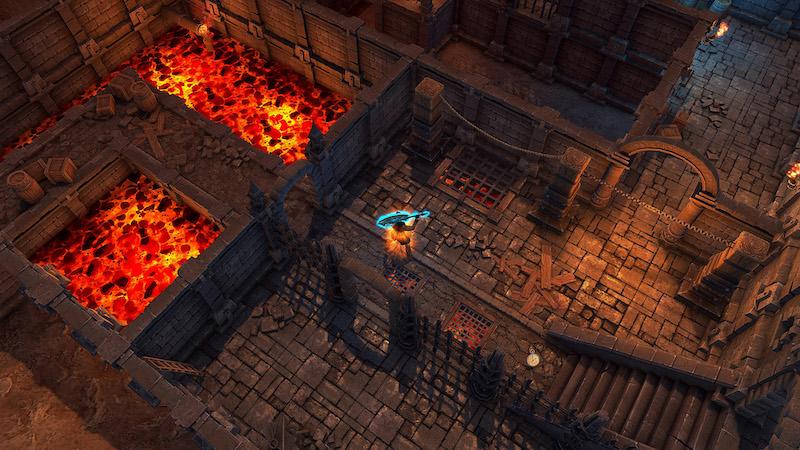 This is a single-player Enjin game, that uses ERC 1155 token assets. Players partake in dungeon raid s in which they can loot valuable assets. As the player level increases, the dungeon monsters become tougher and difficult to kill. However, level-ups also come with greater potential treasures.

Featuring the High octane formula one cars, this paid game runs on the Ethereum network, using $REVV tokens. The high-value assets are drivers, special vehicles, and steering wheels, among others. Obviously, these assets are earned by winning races and can be used to make in-game purchases or in trades with other players.

The games operate on blockchain networks, effectively making them some of the safest games out there.

Owning NFT tokens and assets is a good investment for players. Most of these have real-world value and can, therefore, taken to exchange platforms where they are tradable with other currencies. The year 2021 is set to see massive expansions in the NFT market.