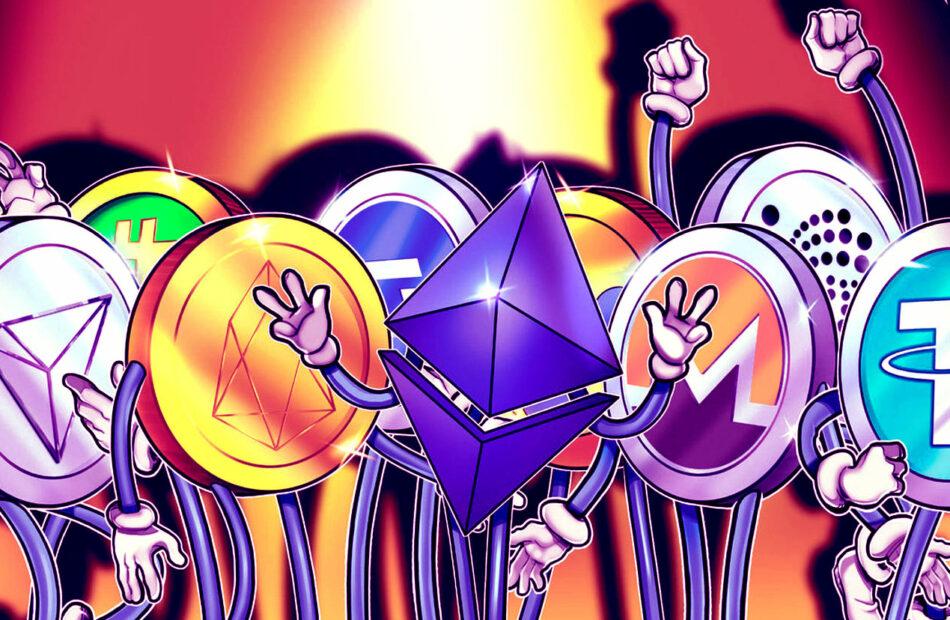 Though many world governments chose not to recognise it as an official currency, Bitcoin has been a key part of international finance, having established itself as such ever since its establishment back in January of 2009. It was an idea brought to life by the mysterious Satoshi Nakamoto, supposedly coming up with the entire technology known as the blockchain on their own. Bitcoin came with so many advantages, forever altering the landscape of international trade. Though no one ever got the true agenda to the creation of the blockchain, it has been generalised that is was to provide an international market in which all kinds of people can interact, free from central governance. It opened doors to all those in restrictive countries who would still like to partake in international affairs – the blockchain has many other uses besides finances.

That said, the phenomenal success that was experienced by Bitcoin in its first few years saw the creation of other networks and financial systems by ambitious developers all over the world. However, most of these endeavours resulted in poorly constructed ‘derivatives’ of the pioneer network, where they made use of a lot of code from Bitcoin framework. This saw the allocation of the name Altcoin, or ,alternatively, ‘Shitcoin.’ Still, some of these managed to overcome, providing traders with entirely new blockchain networks and independent tokens. Today, all these coins and tokens trail largely behind Bitcoin on market value, where the gap ratios abruptly close down after the initial BTC to second place margin. With such a vast option pool of cryptocurrencies on the international market, some people were seen to branch off from the pioneer crypto, or avoiding it altogether, all in search of the so called Bitcoin alternatives.

Why should you look for a Bitcoin alternative?

The market is huge, where every first time trader is presented with literally a thousand individual options. However, it should be clear that, at the moment, no other crypto poses a threat to BTC for the mantle of top digital currency, where none of their values even come close to that of BTC. That said, some of them are quite similar to Bitcoin, where they may even topple the veteran in some key areas. That said, some unlikable traits have been experienced by Bitcoin investors and traders over the years, where quite a number of them have gone on to look for another currency like Bitcoin.

Some of the reasons to this typically included issues related to speed, where BTC was seen to be a bit slow for most people’s liking. The network is highly favoured, where everyone who hears the word ‘crypto’ automatically links it to Bitcoin. To such ends, it is bound to receive vast amounts of traders and investors each day. This is seen as the main problem to the occasional lags, as the network will simply be overloaded. Now, when we say the network is ‘slow’, we obviously mean it with reference to the standards of blockchain technology, where it is expected of them to facilitate in instantaneous trade executions. At time of traffic peaks, however, transactions with Bitcoin can take anywhere from a simple second, to hours before reflecting in the intended destination. Some other cryptos operate much faster, a good example being Ripple (XRP), which runs at approximately three times the speed of Bitcoin (BTC).

Another reason regards the issue of multi-tasking, where people now realise that the blockchain is available for much more than just money, where the technology can also facilitate in app framework development, asset management and so on. This became crystal clear when the Ethereum network was developed, upon which developers where given limitless virtual space to make their ideas an actuality. This is seen in the many so called ERC-20 tokens, used widely around in the crypto industry, particularly in NFT gaming and virtual asset auctions. This is not the only such blockchain, where NEO also followed suit. Now, Bitcoin does allow this, but it definitely isn’t specialised for such, where some key convenience features found in ETH are not at all available there.

It is seen that there aren’t many crypto coins that can actually stand against the notorious Bitcoin, where the veteran still manages to maintain its relevance even after 12 years of continuous operation. That said, trying out the following shouldn’t be so bad, where some may even beat BTC in some aspects:

ETH takes first place in this ranking, where the blockchain is famous for Smart Contract and decentralised applications (DApps). It was launched in 2014 using the Ether, which is now valued at around $3,000 per coin.

Litecoin promptly followed BTC, having been launched in 2011 by Charlie Lee. It is valued at around $173 and offers faster block confirmation than BTC.

This crypto came in with ideology similar to that of ETH, rumoured to be even better. It currently trades at $1,53 per coin.

As you may have already deduced, BCH is a split blochchain that emerged from Bitcoin itself. It was established in 2017, effectively becoming the first successful attempt at creating a full crypto other than BTC. One token is worth $692,74

A proof of stake crypto, DOT brings in something new to the table, where it allows users to run parallel blockchains using its own framework. Each coin is worth $23,78. 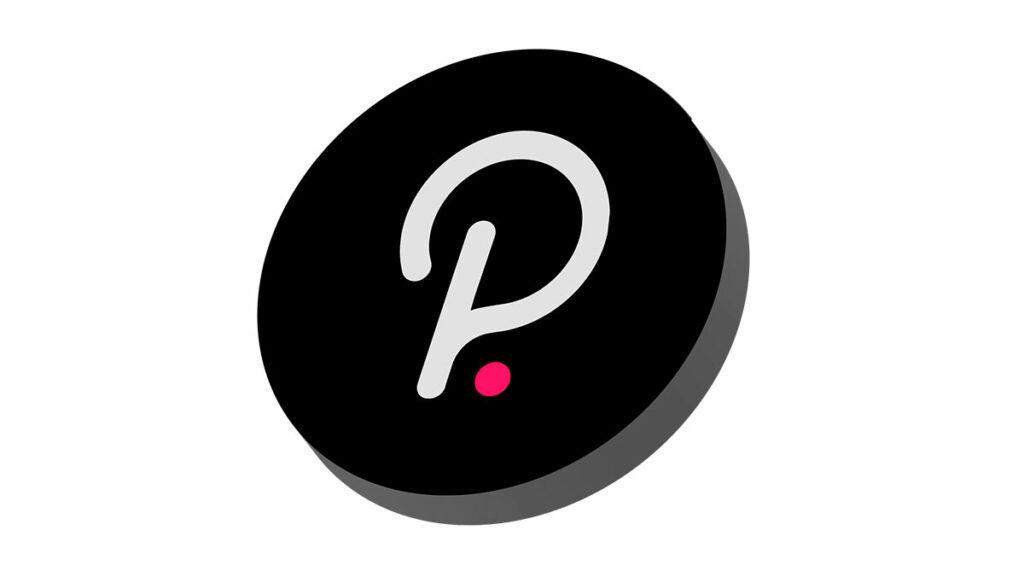 What to look for in an alternative

There are some key features that should be available in an appropriate BTC alternative. These features are what make them alternatives, as they are, in most cases, the very traits that would have seen you setting out to look for one. That said, some other traits are rather compulsory of crypto networks and must always be available. You should look for the following in a standard BTC alternative:

A fast crypto network should be among your main concerns, where all your transactions and associate operations must be executed in an actual instant. This is a key trait as it would also affect your sign up process, and your ongoing login attempts. All of them should be promptly done.

When you make a transaction order, the crypto network should at least give some feedback to your wallet; by ‘feedback’, we mean that the transaction should be initiated, regardless of the time it takes to complete the procedure.

Crypto is purchased in online exchanges, where just about every known exchange facilitates in BTC trade. Simply put, whichever coin you choose to make use of, it must be such that you will find it in most, if not all, crypto exchanges. This only translates to convenience, where it must not be an entire task to make purchases.

Bitcoin is a high volatility digital currency. This means that its value on the exchange market is not steady, where it experiences constant fluctuations. This is both a good and a bad trait, which tends to lean on the bad side more than the good – you could lose all your investment within a single day of purchasing it id the value plummets, and you could also gain big if the value surges; however, most fluctuation periods are seen with plummets than there are with surges. That said, the ideal alternative should be a bit more stable, where high volatility seems to be a common trait in cryptocurrencies.

If something goes famous, so do its associated facilities. So with the fame of BTC also comes increases in banking and transaction fees among external service providers. The alternative should be a bit more friendly to your financial standings.

This is very important, especially with anything that involves money. The situation on the ground is that thieves and scammers are found in their abundance online. A good alternative must adequately secure funds – no known blockchain is more closed up than Bitcoin, but the alternative must at least make an effort.

Investing in cryptocurrencies is generally a good idea, where it may very much prove to be a lucrative venture in the long run. That said, making an investment is not as straightforward as registering to an exchange platform and purchasing a bunch of digital assets. So much more factual though it put into this endeavour. There are two basic areas where we feel that people should be self conscious. These are given as follows:

When to make the Investment

As mentioned before, timing is crucial in the purchase of crypto assets. This is due to the market index value, which tends to rise and fall unexpectedly. No matter how much the value of the coin is increasing, never rush to purchase it. This is because most surges are accompanied by residual plummets, which are seen just after the surge reaches its peak index. Such an occurrence may very well see you running massive losses. Rather, try investing during a stable period; this does not eliminate the risk of loss, but it also gives you a chance to experience prospective value surges.

The Amount to be put into the Investment

The factor above has effect here too. Never be overzealous, buying large amounts of crypto all at once. Rather, spend what you can afford to lose, as this is a clear and standing possibility. Then again, some experience the so called ‘’I put my life savings on the line, now look at me’’ situation, where they invest big and receive big. All in all, the decision is completely yours.

The veteran network will forever be in our thoughts, where it most certainly isn’t being slowed down by people rushing to alternatives. This is simply because there can never be a true Bitcoin equivalent, it just isn’t feasible. At the same time, smaller crypto is experiencing some substantial growth, where switching to them may not be such a bad  idea.